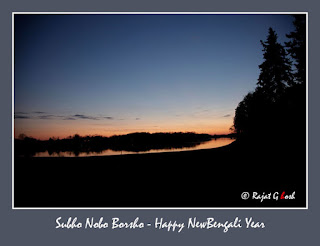 Let me say , rather wish you all HApppy new year

EXPRESSINISM it does not typically represent reality, it transcends the moment, often used in cinema, in 1930 ‘s it attempts to capture the inner feelings

IMPRESSINISM like the name suggests, typically attempts to capture the impressions

Movie – the cabin of Dr Calligari

B/W is a more stylized, and signature style of filmmaking

Narrative style of filmmaking in 1917 was Greed.

NATALIE Clamus, color supervisor, was a moving force at Technicolor,

And attempted to dictate what colors signified, n what emotion it was going to create,

While the viewer is actually the one who associates and lets diff colors help arise diff emotions, based on sub cultures in reality

The movie, Eureka, in 1984 used the color red as a narrative means, as did schidlers list

To enhance Depth of field, low and high camera angle is used

Different layers of actions inside which are shot specific lensing .

A women under influence 1974

back to NEW year history :

King Shoshangko of ancient Bengal, who ruled approximately between 590 CE and 625 CE, is credited with starting the Bengali era. His kingdom encompassed West Bengal, Bangladesh and parts of Bihar, Orissa and Assam. The starting point of the Bengali era is estimated to be on Monday, 12 April 594 in the Julian Calendar and Monday, 14 April 594 in the proleptic Gregorian calendar. The Bengali calendar is derived from the Hindu solar calendar, which is itself based on the Surya Siddhanta.

Under the Mughals, agricultural taxes were collected according to the Hijri calendar. However, as the Hijri calendar is a purely lunar calendar, it does not coincide with the harvest. As a result, farmers were hard-pressed to pay taxes out of season. In order to streamline tax collection, the Mughal Emperor Akbar ordered a reform of the calendar. Accordingly, Fatehullah Shirazi, a renowned scholar and astronomer, formulated the Bengali year on the basis of the Hijri lunar and Hindu solar calendars. The new Fasli San (agricultural year) was introduced on 10/11 March 1584, but was dated from Akbar's ascension to the throne in 1556. The new year subsequently became known as Bônggabdo or Bengali year.
Posted by RajatGhosh at 12:55 PM