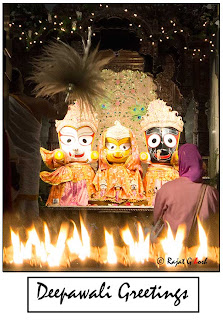 what's deepawali is about according to wilkipidea ;)

Hindus have several significant events associated with Diwali:
Posted by RajatGhosh at 11:56 AM