Ride out to Pahar bhanga, near POtka

0700 hours was the call time for a small ride to paharbhanga, at POtka, maybe a 40 km from Jamshedpur,


the kings took an extra 30 minutes Am happy as I am seemingly beginning to grow tolerance for my brothers who are forever late, Guess they do not feel they are disrespecting others by being late, with time hopefully they will feel otherwise, and we were on our way by 0755 hours away to paharbhanga in 10 degrees.

As we were reaching Paharbhanga we met a few locals who were collecting Rs 20 as a entry fee, we refused to pay up, but was pleasantly surprised to realize, they were collecting the money towards paying few workers who were working to remove the footprints of city dwellers who come to this place and dirty it, why are we such a dirty race, that we cant even pick up after ourselves? 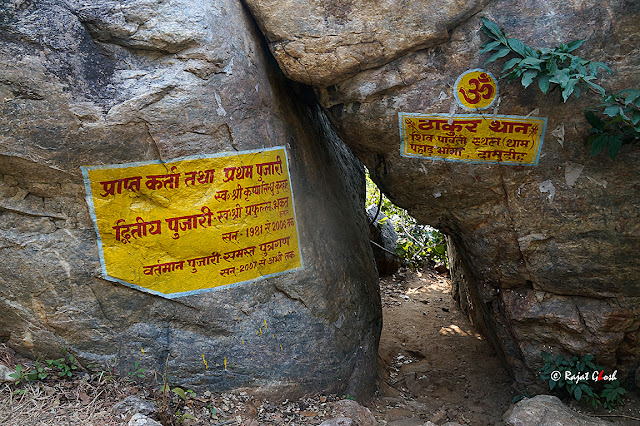 The doorway to the abode of the gods 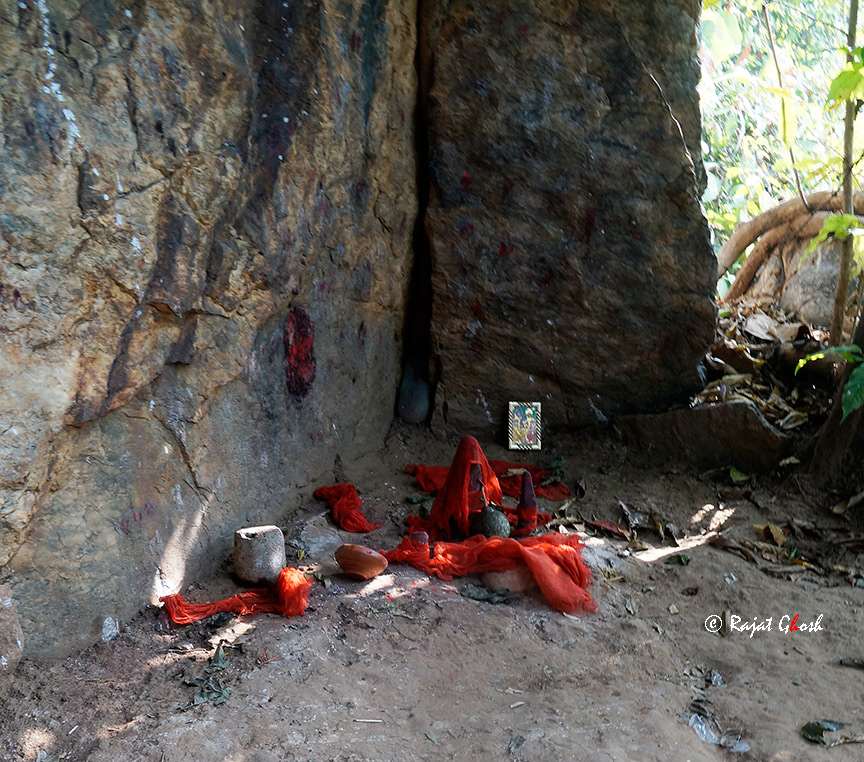 The gods at rest 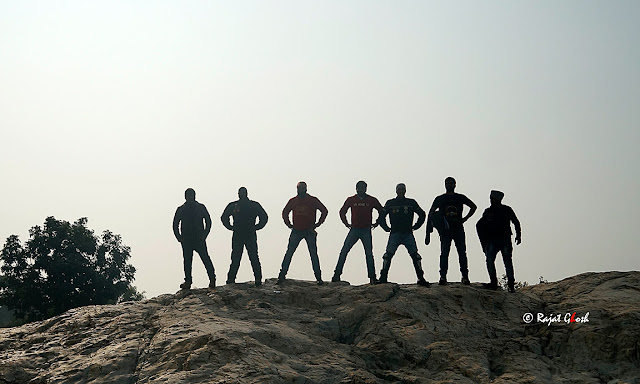 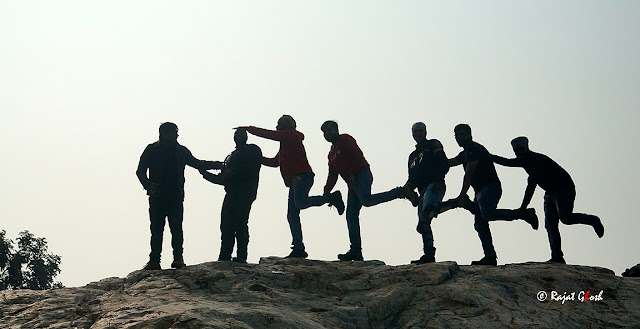 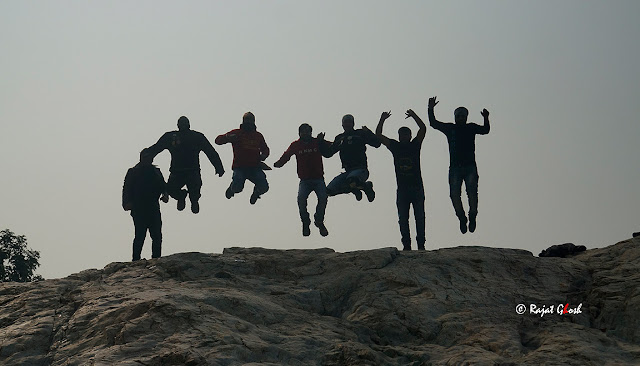 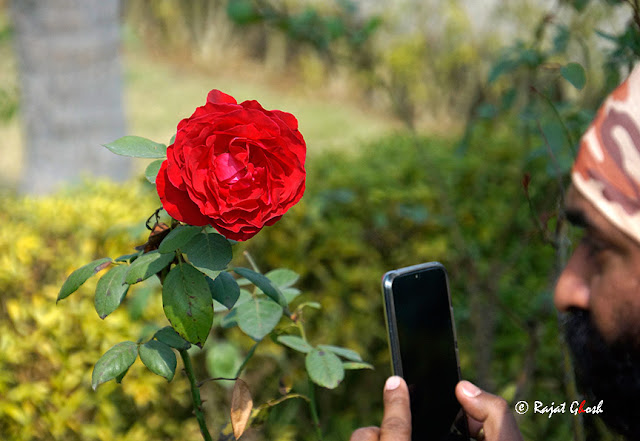 Once on the hills we were at our best goofing and fooling and relaxing, fun and frolic for all, before we start back to get some breakfast 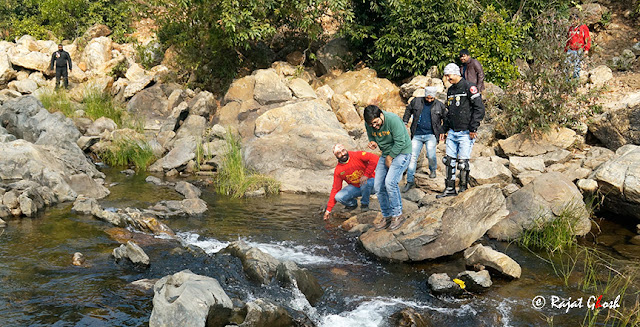 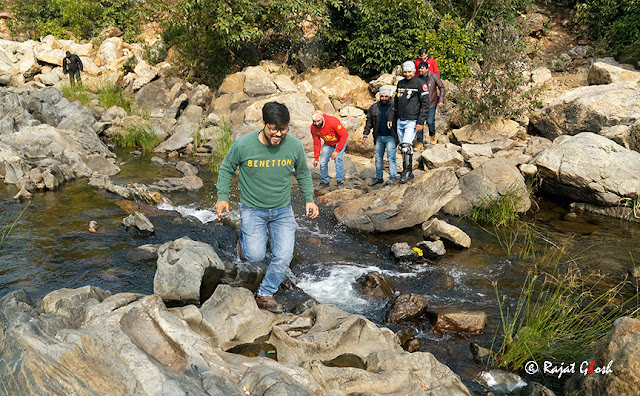 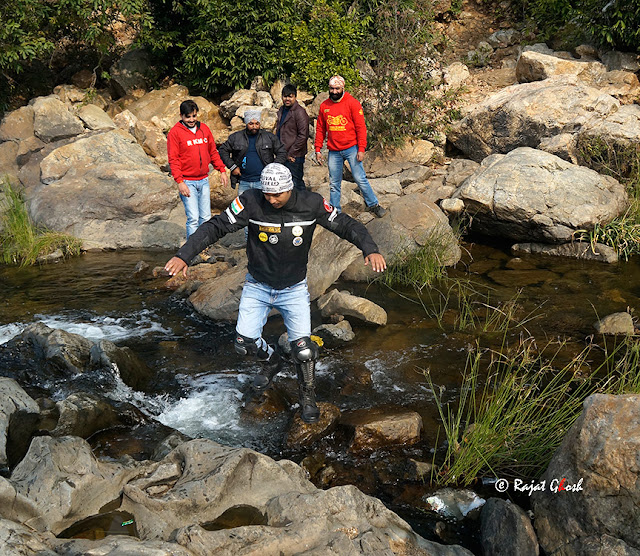 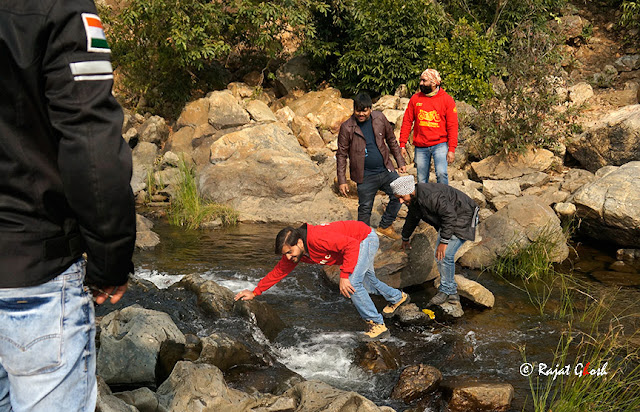 Some took no chances 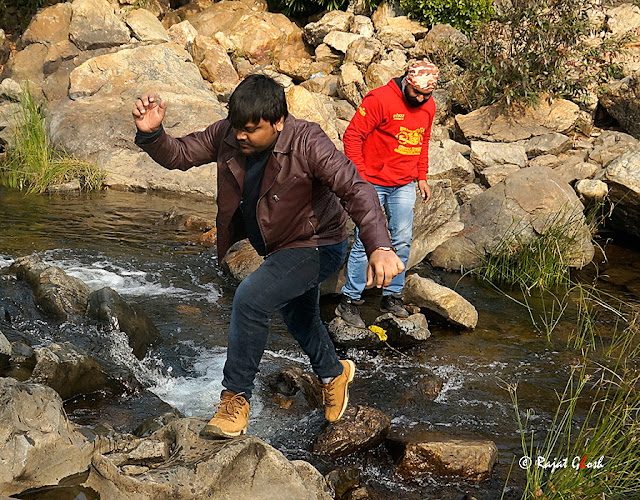 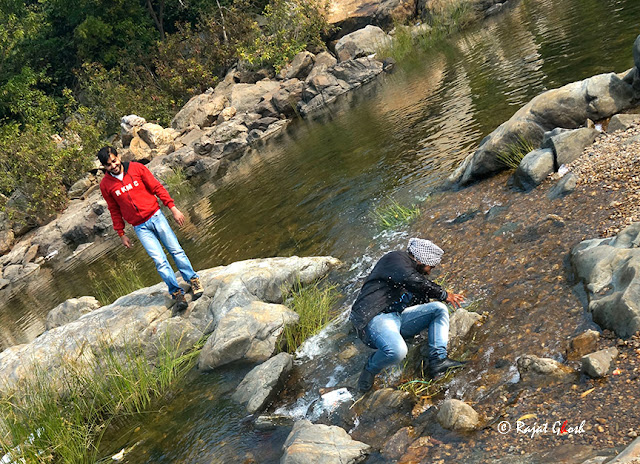 Oh- OH, One who slipped 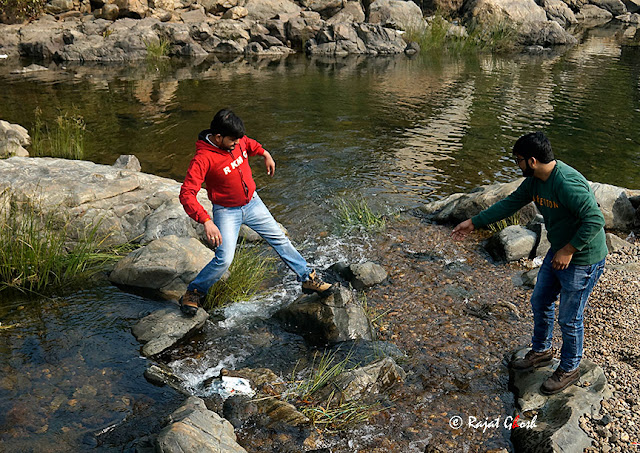 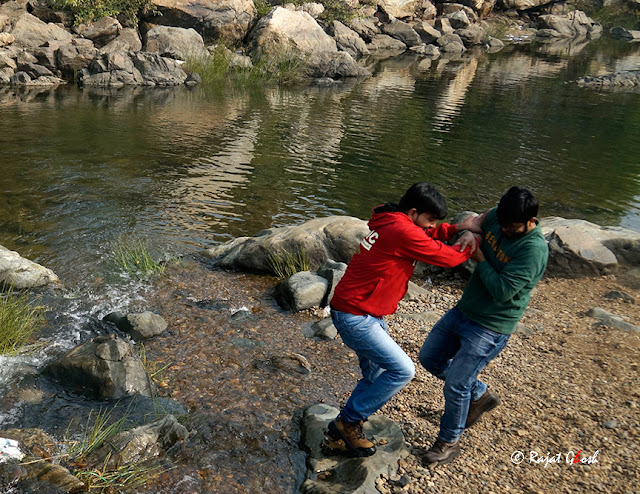 Yes it was a precarious water walk crossing, and we mostly managed to do it, with a few stepping into the water or slipping on the rocks, all to the merry entertainment of those who stayed dry.

Yours truly with a Sony camera,
A piece of crap, lenses are so bad, it is a waste of money, hard to imagine in so many years Sony still cannot get it right, neither a proper repair center in India, have wasted thousands of bucks, tens of thousands of Rupees on repair of my Sony lenses and cameras.

Anyway - The clock read 1000 hours we were off to THE WEEKEND resort for breakfast, looking at the huge possible crowed we were skeptical about service that awaited us, but thankfully we were served quick and dug into
Poori and Sabji and Jalebi for breakfast. 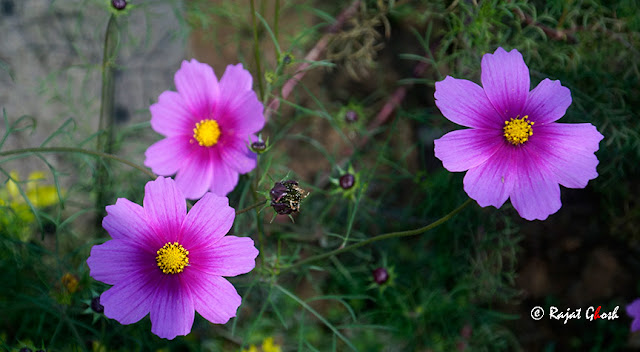 The resort seems to grow its own food, and was impressive to see some of the produce and flowers that grows there , the rooms looked quiet cozy too, though at Rs 2500/room a tad overpriced, but no complains as the service was so good. 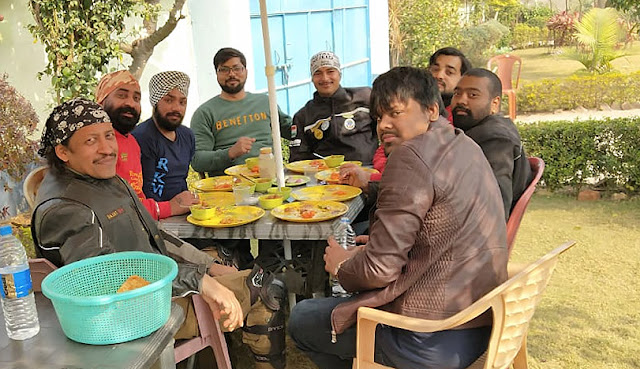 Another ride comes to an end we are back by 1200 hours, a saturday well spend I say.

Posted by RajatGhosh at 5:59 AM