BikeTales with Rajat AT Dimna 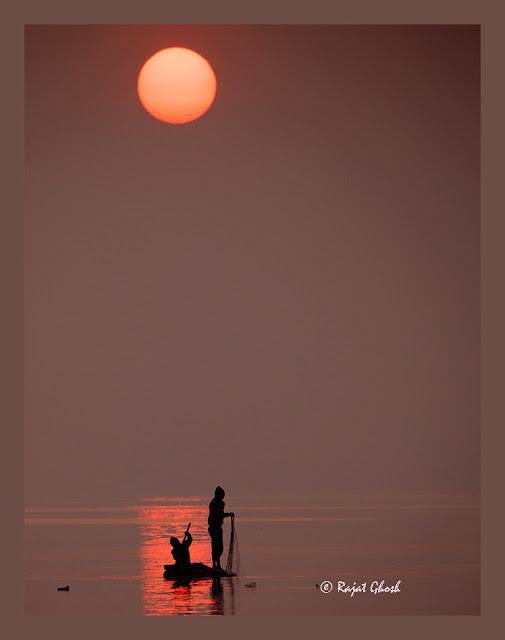 Today early morning was a  50 km trip to catch the sunrise.
We (my brother in law and me)started out in time, clock read 0555hrs and we were at the location by 0620, yes we had made good time, lack of traffic helped and a thick layer of fog helped too  keeping the sun intensity low and in manageable state. I was a happy photographer exploring different compositions of the “  Fisherman at Dawn “  series, before a fisherman on shore called out to me, and informed me that " IT" had fallen in the water. I did not see anyone slip into the water and was all foxed, but told them they should go retrieve the person ( I presumed they had seen some one falling in to the water )  they did go out to the spot in the lake and were looking inside the water , before my Brother-in law next to me,  informed me that his drone had fallen inside the lake.

I had  an AHA moment as I realized what they were talking about, and a good 10 minutes later they did manage to retrieve the drone and came over to hand the drone to us. After doing that, they were on their way with no expectation of anything. I did tip them for their effort, but just LOVED how they went out of their way to retrieve something that was not their's.


In fact one of them had to actually get into the water at 0700 hours where the outside temperature was 12 degrees, and go about helping us.

Kudos to their poor (monetarily) and big hearted souls whom  majority of society cares not about, but are actually the ones who keep things going. Inspite of getting exploited they keep doing what is right, a BIG SHOUT OUT TO THE RURAL PEOPLE OF INDIA FOR THEIR WONDERFULL ATTITUDE TO life!