Day 3 - way back from Lonar 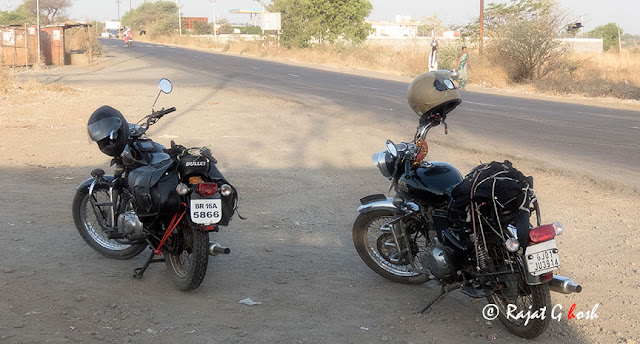 DAY 3, 0500 HOURS AFTER TOSSING AND TURNING FOR MOST PART OF NIGHT, the heat the mosquito the odomos and all combined we are up and might as well get a move on,
Rahul, akiki, rathore and me decide to make an exit, an early exit to ride in the shade and before the sun is too brutal on us.

Akiki riding lead, me and Rathore oscillating in between and Nitin Gaikwad to bring up the rear, Nitin is a fast rider, and the only way to make him stay with us is to give him the tail, so he does not do the usual and ride off at 120 kmph.

The morning ride was a pleasure it was cool, n we were riding west, the sunrise behind us, we were making good speed first hour we covered 65 km, 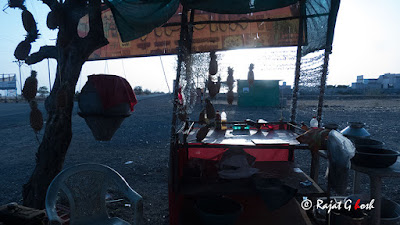 we stopped for tea, for 10 minutes n we were away again, we reached Aurangabad at 0840, OD: 6357
As we were onwards towards shirdi

As we left Aurangabad behind us 30 km after Aurangabad, I felt the tyre wobbling and was thinking about a flat tyre as I pulled over to check, it was OK
As I got on the bike I saw Akiki checking his bike too, he too felt his tyre wobbling, maybe it was the cross wind that made the bikes go about wobbling, I also realized this was the same vicinity where I had a crash 2 years back while returning from RM 2015 Nagpur
Yes we did cross the speed breaker where the crash was and we stopped to have a drink of sugarcane juice to rehydrate our self and celebrate the fact that I did not go through a similar fate again, ( call me superstitious)

We had a fairly smooth ride for rest of the way,


We reached shirdi by 1240 hours and decided to continue as none were too hungry, also we wee sure we had crossed most of the bad roads mostly 4 lane expressway greeted us and we made good speed as we rode on, we were almost home without any further ado 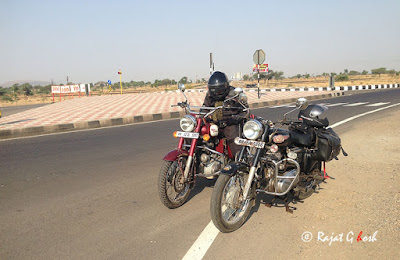 a final selfie stop was due before we split up on our own ways, 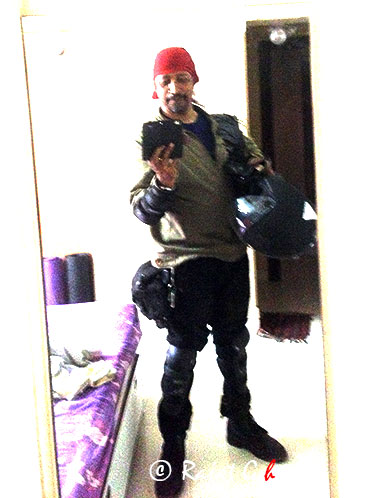 we were home, and waiting to hear from other riders who too hopefully reached home safe and God Speed.