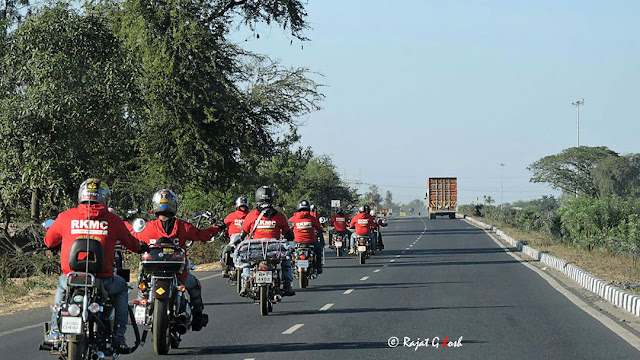 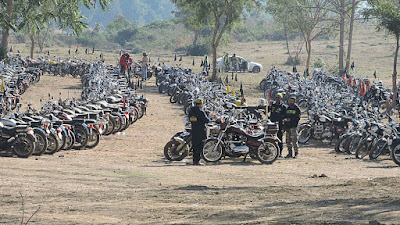 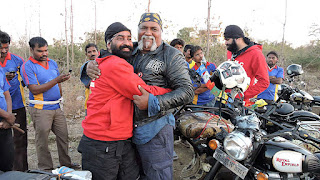 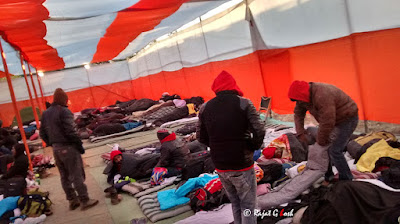 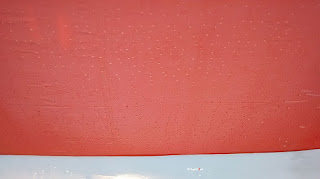 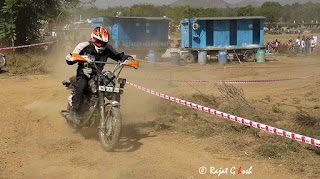 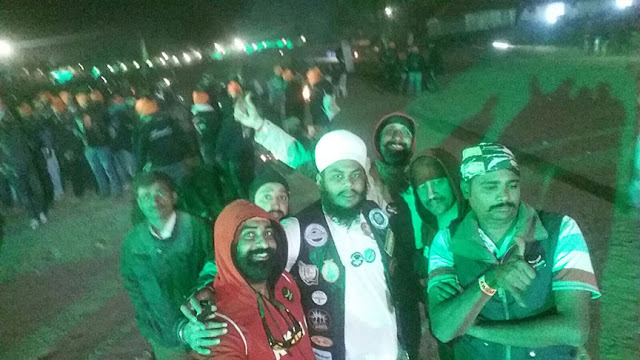 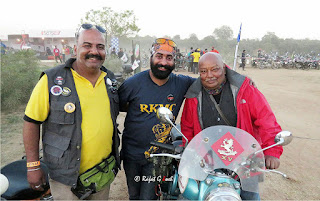 Posted by RajatGhosh at 9:26 AM No comments:

Going to Nagpur for Riders Mania 2016

20th Jan saw me mount my bike for a road trip to Mumbai, it was to start at 530 am, with 11 riders, and what do you know 4 am it started to rain heavy, worried how we will manage and with a dread of getting wet on day one, + carrying camera + laptop, calls were made in an attempt to start late, we decided to start at 8 am (looking up Google, it forecast that weather would be sunny by 8 am), a few minutes later we again decided we will start at 6 am, n yes we did get together at 6, but we started out at 8, a phenomenon called IST, INDIAN STANDARD TIME, 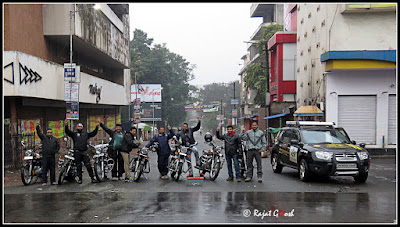 The line up to start

as we started out  we managed to get 10 miles into the ride before we were informed another rider who was to join us had a break down, n we waited for him and  enjoyed breakfast at sundernagar ,  the rain gods had started to make way for us,  AT 930 am, we started again on our trip
The odometer read 00110 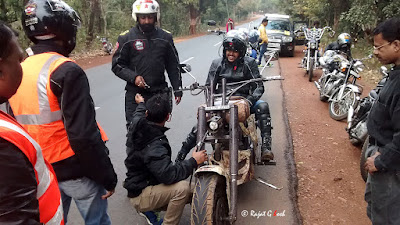 The chopper of raja being looked at by Manoj
The first hour at 1030 we were in Rairanpur we had covered 30 km, we knew we had to pick up our pace, we had a 900 odd km of journey waiting for us, and we had two days to complete it.

We rode on for 4 hours taking our next break at 1440 hours in Kuuanga for lunch the odometer read 00245, we had covered just 100 km in a four hour ride, we knew we had to pick up pace, n we were getting into the ride now, the scenes were lovely around us, n we were all by the self, just the rider and the road.   Near keonjhar rather a little after keonjhar one of the motorbikes had a fork slip out, n it was the grace of the powers that be that the rider was slow enough to bring the bike under control n survive to tell the tale, there was a scramble to get the situation under control, we had a mechanic look at things and we had a task on our hand, as the fork was removed and taken to a welder and lathe shop to get it fixed, we were on a single lane road, n traffic was slow, thanks to our 10 bikes on the side of the road, n curious onlookers some 200 odd were there out of the blue appearing magically to gawk at us, unmindful they were on the road, n there were vehicles trying to get by,  the glory of Indians just wanting to hand on and gawk at things with no agenda , but to just stand and look 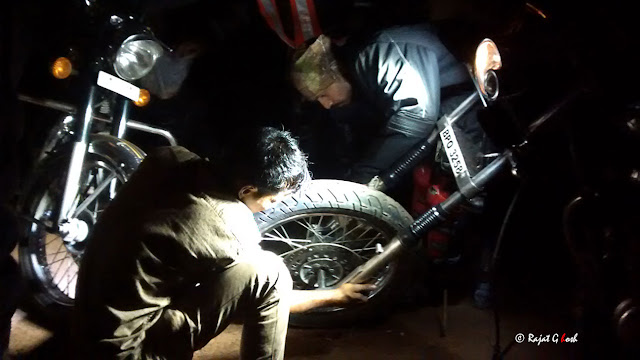 Manoj to the rescue again, but could not get it to work this time

A national pastime on some level, the rider who was riding a chopper Mr. Sarabjeet was extremely disappointed and wanted to go back, n much coxing later he sort of agreed to think about maybe coming along for the riders mania meet without his bike, that night we stayed put where were at a lodge 100 meters from where we were, 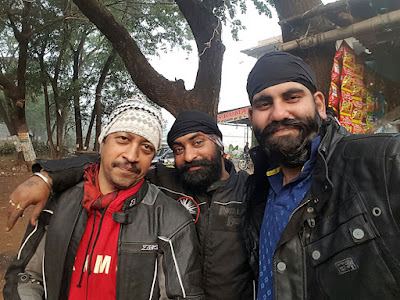 Sandy and me went to the lodge and figured out the details, n room, a little negotiation for a better price, and what not,  we settled it for the night   we were with S Kumar hotel   94379 05012 is there mobile no,  for the night and hoped we could make a early start the next day this day we had only covered 300 km, not a good day of riding as far as distance goes, but then we had survived 2 bike mishaps and was just getting warmed up to the journey,    No hot water meant no bath it was cold and the body was aching, I took a nap,  some were in high spirits and the alcohol bottles were all over the party was on,   a late lunch by 12 am all were in bed    we were to depart the next day at 7 am .

Day 2 – 21st jan, I was up at 6, n soon the gang started to tumble out of bed n try to find a bathroom, there were 3 n 13 of us, not a bad ratio, people were saddling up by 7, n on our way by 730, we stopped at KALA a small town to refuel our bikes and a small photo session lovely morning light helping in making the magical image 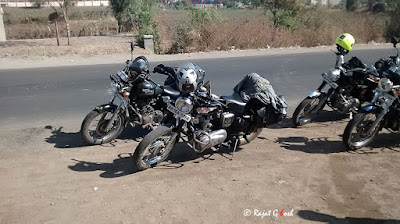 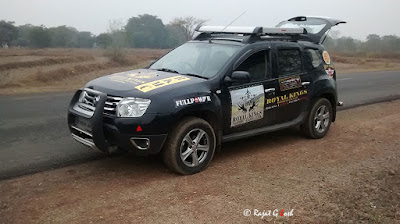 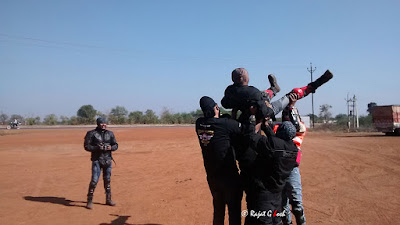 The stretched out in front of us, and we hoped to make 600 km this day
We started the ride, high spirits and happy riders, yes sarabjeet had decided to co me along with us for the Rm without the bike, he was in the back up vehicle, for the time being we rode for another 2 hours before we came to a road sign that we stopped to take pictures at we were 100 km to sambalpur , and I personally was 1488km to Mumbai 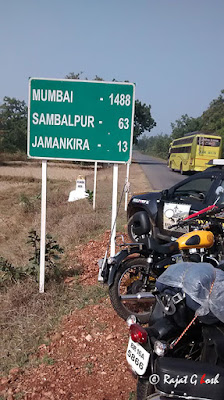 Photo session later we hopped on to the bikes and some bikers swapped there bikes for others, There were some riders that was slow, who offered to sit in the back up truck while sarabjeet rode his bike to help us make better speed
By 330 pm we stopped for lunch at a dhaba, we were 130 km before Raipur, at BAISNA and by 1730 hours we were at Patewa, time to refuel we had covered almost 600 km by this time, dusk was on us soon, n we headed out starting to ride fast, n

One of the towns as were passing by and had taken a stop, a couple of eunuchs drove up and wanted a few pictures with us, how could we say no, so here they are 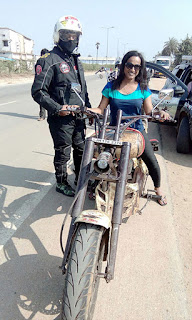 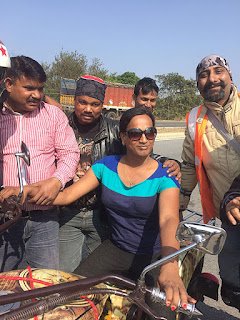 
At 1930 hours we were at Raipur, Odometer said 774
Now some rash night riding started with locals sort of wanting to race us, we did another hour of riding and reached Bhillai 700 km from Tatanagar at (pm) we had hoped we would be in Nagpur by this time we were a good 250 KM short of our target but then the first day had had its share of trouble to blame for.

The second day of ride had come to end, we checked into Hotel Landmark in Bhillai, n had a hot shower n as I toweled myself dry for the first time realized what the air was like, the towel which was white was turning black, n that’s just from my exposed face alone, all other was covered, my nostrils were caked with Black soot, wow, N I wondered what had I been breathing, once again my roomies were Mr. Deepak and laic (who we later named Love birds) for hanging out together all the time,

Day 3 of the ride was on us, we were to make 250 odd KM, n it was time to do the daily prayers, I loved the prayed session while we spoke to god to guide us and help us through the day, to take our hand in his, n help us see through the day, it was a lovely spiritual minute for me every day 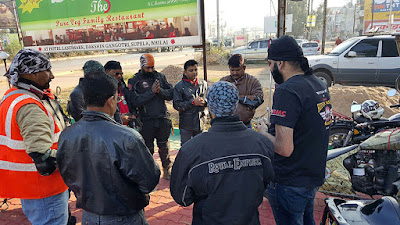 prayer done it was time to saddle up n start out we were little late in starting out this day , 0830 hours 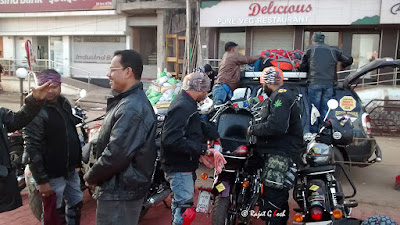 It was hard day of riding we were thinking of being in the venue by 9 am, n we were on the road till the clock read 11 am, we had covered 886 km, time for a top of the fuel tanks and to get ready for a dramatic entry to the RM, 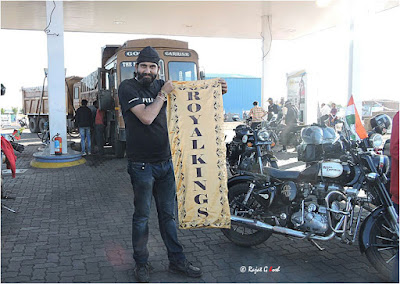 As we headed to the last gas station, all of a sudden my bike seemed to be wavering a lot, n I seemed to be losing control, n could smell burnt tyre, a quick stop, n LO and Behold, My rear tire had come lose, n was ready to come off, that was a lucky save and was I glad for the same, I lived to tell the take to all at the gas station that we stopped at next.

Ya you all we are almost there

Posted by RajatGhosh at 6:51 PM No comments: