Cost of an Image 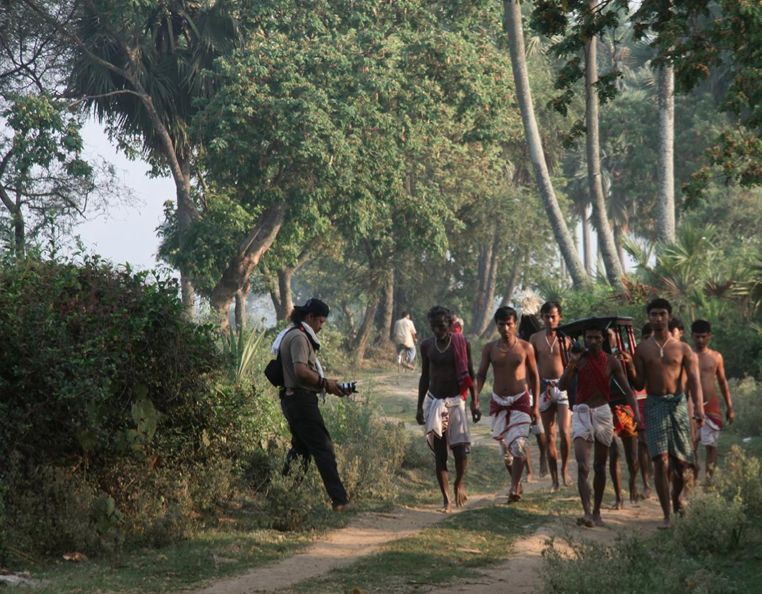 A young sales rep  called today, telling me about them, and how they hook up photographers with clients and if I could tell them
How much an image will cost,

She had no specifics on any job, just a general quote,

The client tells: I want a photograph, how much will it cost,

What he is actually saying is:
I want to hire

Maybe that’s why it costs what it does to hire a photographer, unlike what the latest camera commercial told you.

Posted by RajatGhosh at 7:55 PM No comments:

Life passes me by 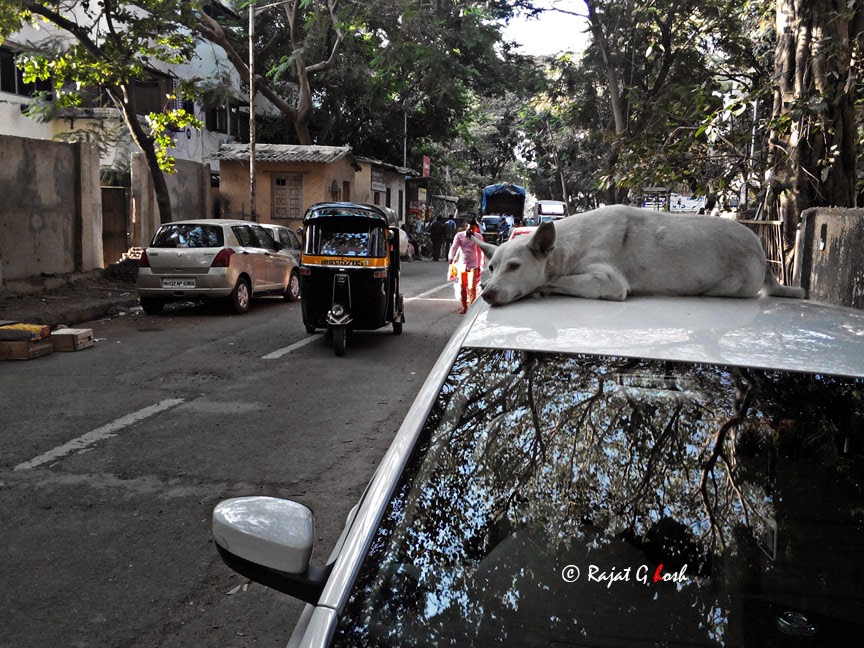 The month of May has passed me by, have been super busy planning for the future,  most of the present was missed by me, and thus no updates or words,
Making money is necessary, but at what cost

The joy of creations is often lost as we chase the color green, and the ugly comes out from all front, sad but true.

Working on a documentary and been spending all my energy on motivation people to perform and do, and do, they have responded great, and those who could not do there roles made me learn to be a better person, thank you to them too.

The more financially successful in life are those who take advantage of others to better and further own interest, while the real success in my eyes are the ones I think fondly of as I work on any project.  A big thank you to them for taking the time to be part of my project in whatever capacity you were there, you know who you are.
Posted by RajatGhosh at 8:41 PM No comments:

32 hours on the train howrah - tata 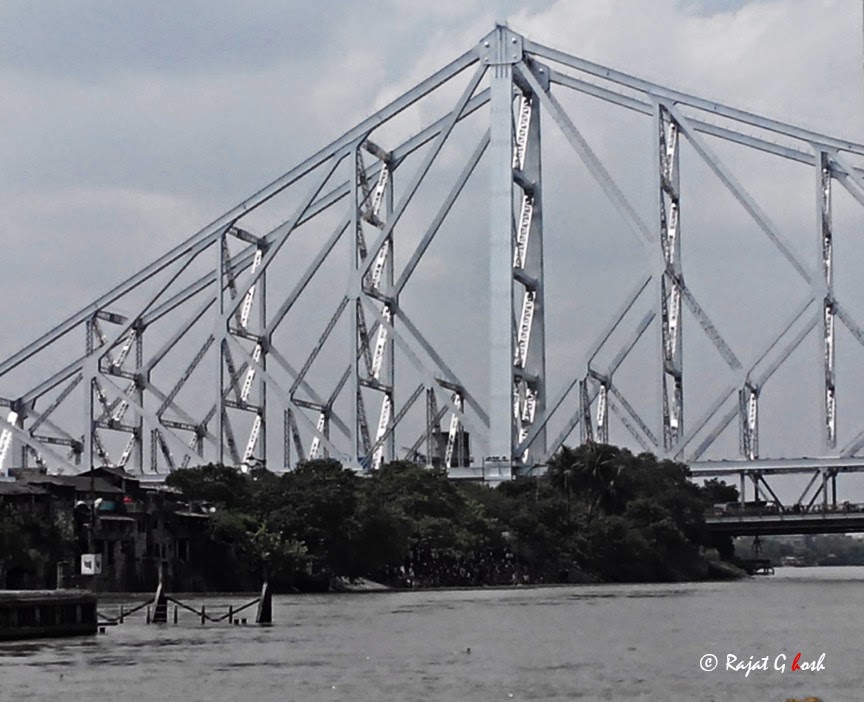 1230 pm, time to head to the station, tickets not confirmed, RAC, so will get a seat for sure,


A2 – 45, am seated co passenger shitish Jain, a through gentleman is only 29 years old, but very well behaved and gentle soul a onion trader by profession, was sharing the seat with me, but having a pal with him was off, n I had the berth to myself, was a slow journey, I had come prepared so had a book and a few films to watch, Wolf of wall street was one, and Seven was another that I wanted to watch, between a egg curry lunch and some Oreo cookies I was a happy child as the train ate up the miles, next stop that I walked out of the train was Tatanagar, 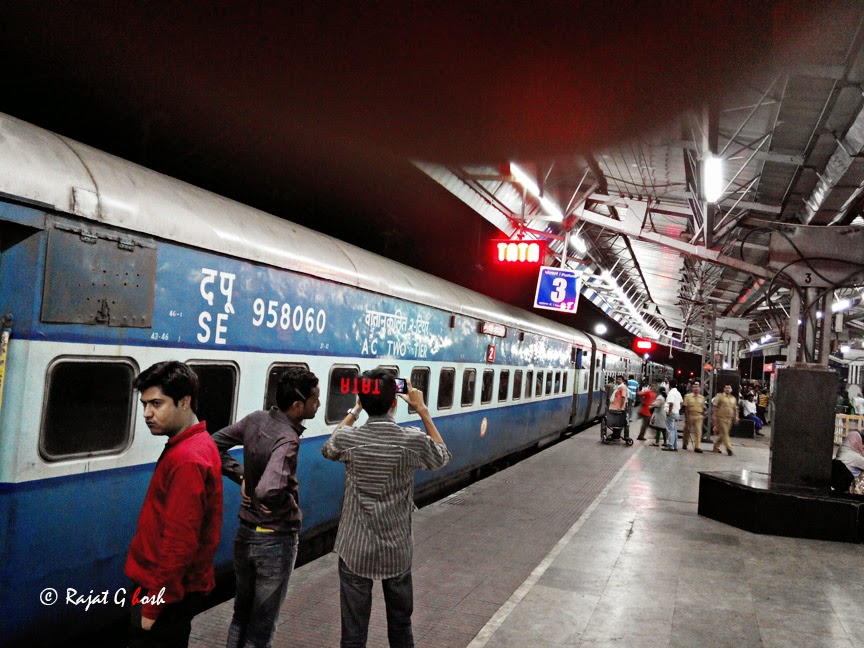 Another family sitting opposite to me included a sharp kid, impaired speech but full of life as was his little sister, they were great company and not too talkative, the journey was mostly smooth, the train was delayed by another hour for technical reasons, occasionally I would check in with the TT about the ticket status and he would tell me it will get done as and when it was possible, as my co – passenger was not with me for quiet a while I was sitting / reclining happy in air-conditioned comfort while outside was baking at 91 degrees. 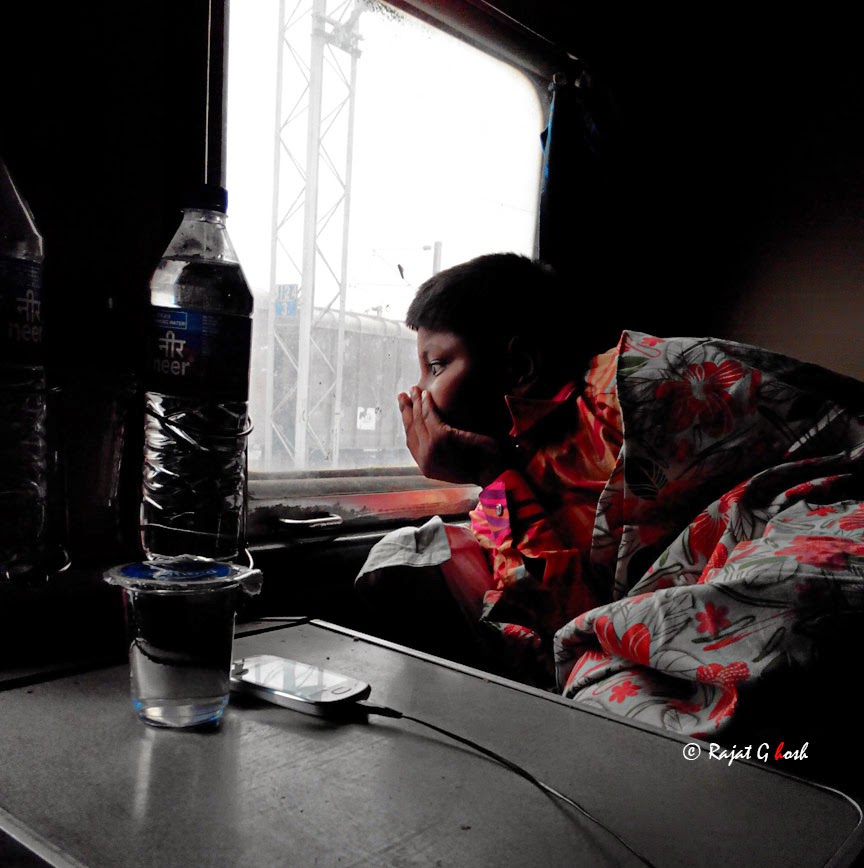 The day progressed into night and we were all in bed by 12 ish, at 3 am, I am woken by the Ticket collector, and he has a passenger with him who he claims is the other occupant of the berth and I had to share the berth with him, the new passenger some 50 years old pushes his way and sits down and starts to make himself comfortable, and I start to come to my senses, fully awake now and know there is a con job going on, I challenge the Ticket collector, asking him how for the process to lodge a FIR for falsification of ticket. The TT wary asks me what I am talking about, and I challenge him to the identity of the man he has just got along with him as the other occupant of Berth 45, the TT quickly takes out his chart and passes it below my nose before I could actually see what it had written, I insist this is not the gentleman who has this berth and I can prove it.  Murmur of conversation starts with the TT and the gentleman he had got along and he makes a pretense of checking his ticket and the Déjà vu moment happened as he realized that this was no the seat of this man and it was a MISTAKE on the part of the TT, and the passenger had had lied to him. Anyway , both are kicked out of my berth and am finally again off to sleep. 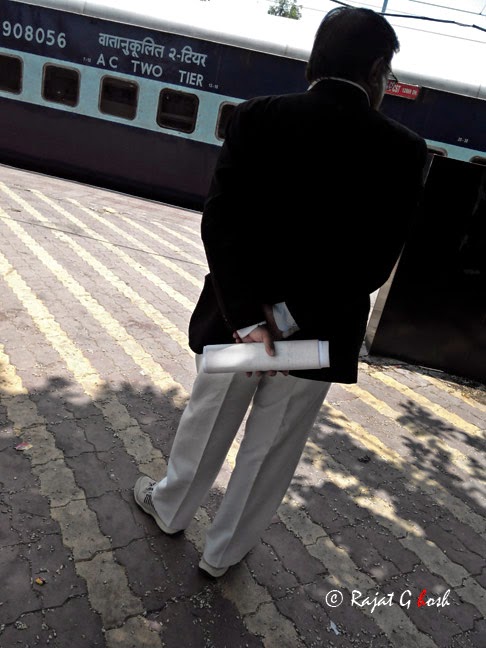 Rest of the journey pans out smooth, a whole bunch of interesting sights and smells later am in Mumbai by 11pm, epic day and a half later ,,, had travelled 1990 KM in this time period. 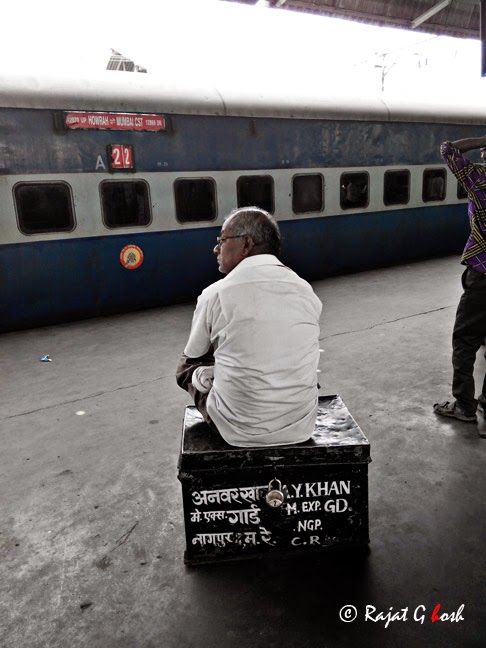 Posted by RajatGhosh at 9:13 PM No comments: