0400 hours
Am up & eager to hit the road for our 500km ride today, target islampur near kishangunj
Called up Tarun da my riding partner for this day along with his daughter, oops  he is unwell n feeling weak , well ride called off for today and I ain't gonna ditch him and ride out
So
Time to sneak back into bed and meditate.
The ride we will start tommorow
Making per day ride hours longer we will now try to ride 700 km daily as opposed to 500 km daily as earlier planned.

breakfast is served let's dig in
Before it gets cold
Cost Rs 30.oo
Waise I caught a bengali film
Dir- aparna Sen
Name ghare baira aj
Lang- bengali
Wow what a film, my respect to the lady, she is a true liberal n brave women, the kind that's  rare these days.  Do watch .
#nerm2019 #aizalcalling #rajatghoshrider #rajatghoshphotographer #rajatghoshmovies #aparnasen #gharebaireaj #leadbyexample #goodhuman #myindia
Posted by RajatGhosh at 10:10 PM No comments:

the trip that almost ended before it started 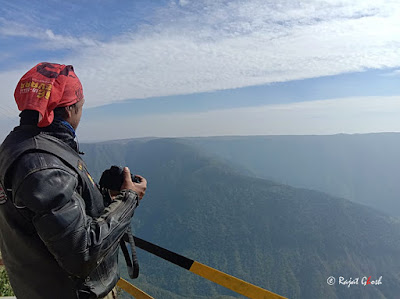 North east riders mania gets on in a few days & I am ready to travel the 4000 km round trip to go meet my friends from different mothers.

20th I plan to start ,  having  done the needful on 19th nov. Buying stuff & having
Packed my tent & camping stuff,  I Did a test run on how to pile it all on the bike & finally am in bed by 2245,  having closed doors n windows in my room I go to bed, nice & toasty , very comfortable.

Have closed the house too as it's cold outside, no cold fresh air comming in. ( not advisable)

Well 20th 0500 hours I wake up, am still tired inspite of 6 hrs sleep , i  am  feeling low .
I lounge in bed n finally descide to call off my trip, don't know why but I just did n went back to sleep.
Previous night i
Had requested my aunt from a few blocks away to drop by 0630 hours to see me off. N she did come, her knocking made me wake up n I opened the door, i stood outside the door with  her,  as I gulped the fresh air I was ready to go.  I was in fact dying to get on with the trip
Clock 0640 hrs
BASICALLY  HAVING SLEPT WITH WINDOWS CLOSED N THE STALE AIR HAD EFFECTED ME ( never do it)

0810 I was on the road off to kolkata for the first leg of my journey.

I was on the rtoad again
I knew when Jharkhand ended as the roads were really good n barely a pothole in sight as I rode into West Bengal,
am in 2nd state on this trip.

The villages mostly had flashing lights to warn motorists of people crossing ot
Traffic cops
Manned the crossings it  was a pleasure to ride for the next 200 km
As I reached dankuni 25 km from the city, speed limit was followed by all , n traffic was slow, real slow
Traffic fines sure meems to have worked making folks follow the law.

1430 hours saw me at saltlake base camp for next two days.

Posted by RajatGhosh at 5:42 AM No comments: