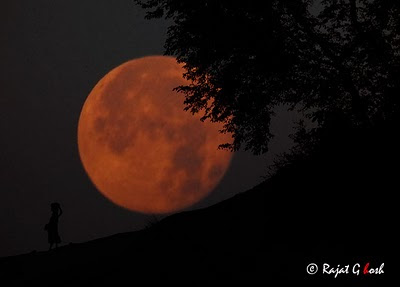 Larger Moon, 30 % bigger today as it gets closest to the earth, the year 2010 has seen 3 big astrological 1st month itself.

Along with the 19th mistress of Tiger Woods, who took money to keep Quiet , n then ratted on him.

Brad and Angelina might be going different ways, n speculations are rife if Jennifer should take him Brad back, hope Jennifer is smart enough to do what’s right for her instead of listening to people around her, who are talking to keep in the news so over the hill they are.

Posted by RajatGhosh at 8:24 PM No comments: 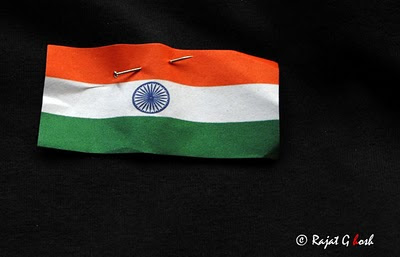 His 19th mistress betrayed Tiger Woods this week in spite of accepting money from him for keeping their love Affair Quiet.

Is it nature correcting the course of history that causes it?

Is it destiny already predetermined? Just acting itself out?

The Republic Day of India commemorates the date on which the Constitution of India came into force replacing the Government of India Act 1935 as the governing document of India on January 26, 1950

Posted by RajatGhosh at 7:54 AM No comments: 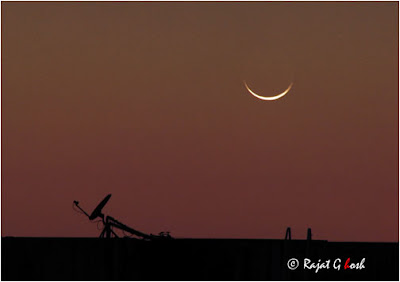 of a difference between what one wants and what one gets , but it can make a world of difference.

The crevasses are freaking deep, n once inside, you might not be able to get out and over it. Be freaking careful, how u judge the distance between the 2 side of the sliver

such an Eclipse after 747 years 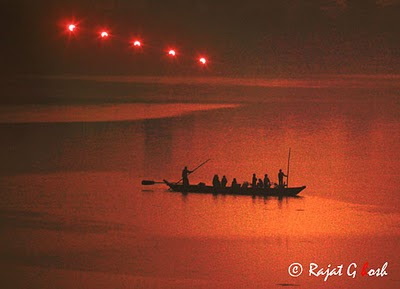 What a spectacle it was. When they pray during these events, Yes Fear drives some, for some it gives Hope, so long as one can dwell inwards and be in touch with there inner feelings, its worth it.

To all who think Slumdog millionaire shows India in a bad light , here is a scene at : 1121 hrs in mumbai on jan 13th 2010 at Bandra east 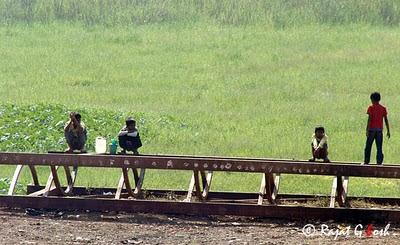 This piece of land that these kids are shitting on

At the current property rates of Rs 90000/ sq feet

Talking of Shit, and shitty

My X didn’t turn up for the divorce court session, now to wait for another month, maybe she really likes to be called my wife.

Posted by RajatGhosh at 11:06 PM No comments: 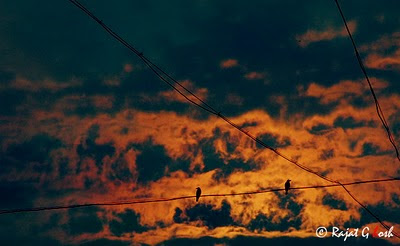 I know you will not agree with me, its hard to face the truth.

If you are married, you will most likely be sitting watching all the other paths that you could have taken.

Posted by RajatGhosh at 5:03 AM No comments: 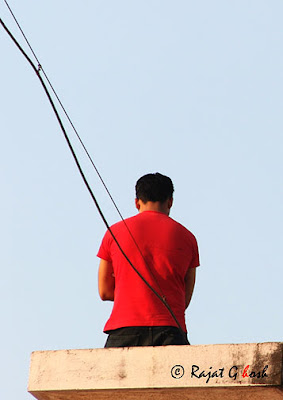 I sit here trying to make a call to a number where no one answers.

5 months back I came across a labor named Rakesh pandey from utter Pradesh working in Mumbai. I saw him crying on the phone as the person on the other side of the phone was abusing him, and threatening him.

I asked him what had happened, and he told me this sob story:

His wife had cancer (did she really exist), she died, and he spends all his money on her medical and had to borrow money for her last rights.

The money lender (bad man) was threatening to come home and beat him and his children. (He obviously had not paid back the money- red flag) I chose to believe him and gave him the INR 20 000 or us$ 500 approx that he owed the moneylender.

I dint ask for any collateral to make him hold good on his promise. He promised to pay the entire amount within a few months.

Well I have not heard from him since, he does not answer is phone if I call from my Phone (the no’s I presume he recognizes) as he takes call if I call from PCO’s

I am left fuming at my stupidity. Today I believe if the moneylender was going to deliver on his threats, that Was rakesh Pandey’s karma. I TRIED TO PLAY GOD BY HELPING.

He is from Utter Pradesh, a state that enjoys the label of people being untrustworthy, cheats, deceitful, liars, shrewd, cunning ... Are these labels correct?

If it is a person born in Utter Pradesh does his surrounding make him all this ? 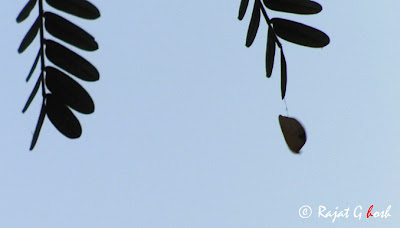 When one is in love and have faith in love

Even nature will spin a web to keep the love intact

One can live in the air, where no other explanation exists.

But its all based on faith, n belief one oneself.

Posted by RajatGhosh at 8:58 PM No comments:

Good start to the year with the ecliPse

Wishing you a happy new year .

Does Love makes one expose their vulnerability ?

To proclaim my love I have to let my partner know

I too am weak and open to hurt,

What if she takes advantage of that !

What if she thinks I am not macho enough !